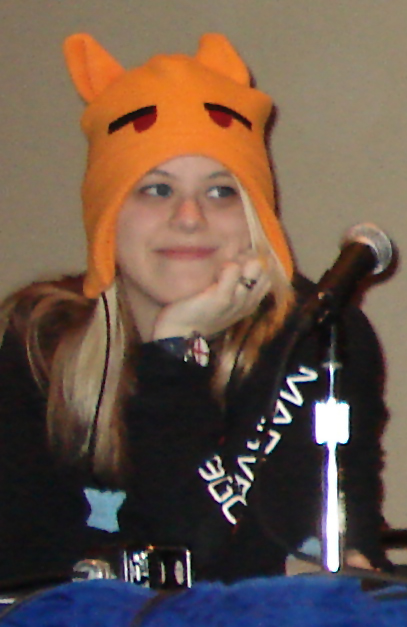 Jennifer Grünwald — often misspelled Gruenwald — (born August 1, 1980) is an associate editor for Marvel Comics, working primarily in the trades and collections department of Marvel Entertainment's publishing division since 2002, is a credited editor on several of Marvel's titles and has been a contributing author on many of Marvel's recent Official Handbooks.

A vampire appearing in Ultimate Spider-Man during summer 2006 (issues 95 and 96) was named after her by writer Brian Michael Bendis. [1] She was also drawn into a back-up story in the Stan Lee Meets Doctor Strange one shot along with several of Marvel's other editors.

Retrieved from "https://heykidscomics.fandom.com/wiki/Jennifer_Grünwald?oldid=153158"
Community content is available under CC-BY-SA unless otherwise noted.