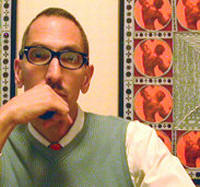 Joey Cavalieri is a writer who has also served as an editor in the comic book field.

His writing credits for DC Comics include the Green Arrow back-up feature in Detective Comics; both the pre-Crisis version of the Huntress in a back-up feature in Wonder Woman and the post-Crisis version of the character in an ongoing series; Captain Carrot and His Amazing Zoo Crew! and its spinoff The Oz-Wonderland War; The Flash; and World's Finest Comics.[1] He first joined DC full-time in 1982 after working three years as a freelancer. In 1985, Cavalieri was one of the contributing writers for the company's 50th anniversary publication Fifty Who Made DC Great.[2] He was group editor of the Marvel 2099 series from 1992 until 1996 before returning to DC.[3]

He has been recognized for his work with nominations for the Comics Buyer's Guide Fan Award for Favorite Editor every year from 1997 through 2000, and again from 2002 to 2004. In 2005, DC promoted him to Senior Editor.

He also teaches cartooning classes at the School of Visual Arts.[4]

Retrieved from "https://heykidscomics.fandom.com/wiki/Joey_Cavalieri?oldid=1543850"
Community content is available under CC-BY-SA unless otherwise noted.