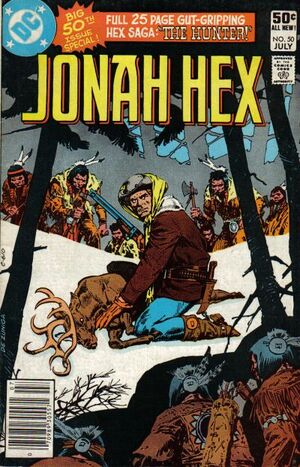 "Suppose I give birth to a girl, Jonah? How do you think you'll feel about that?"

"Terrible! Just terrible! But ah s'pose we could still hang ontuh her fer awhile an' then throw her down the well once we'd got tired of her!"

Retrieved from "https://heykidscomics.fandom.com/wiki/Jonah_Hex_Vol_1_50?oldid=1477510"
Community content is available under CC-BY-SA unless otherwise noted.