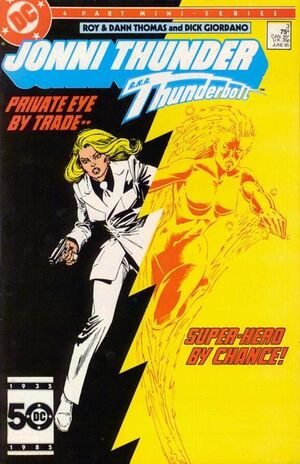 Appearing in "Bolts Across the Bay"Edit

Synopsis for "Bolts Across the Bay"Edit

Jonni and Harrison Trump fight for their lives against Red Nails and her Glamazons, while 'Slim' Chance makes yet another attempt to steal the Thunderbolt statue.

Retrieved from "https://heykidscomics.fandom.com/wiki/Jonni_Thunder_Vol_1_3?oldid=1437314"
Community content is available under CC-BY-SA unless otherwise noted.