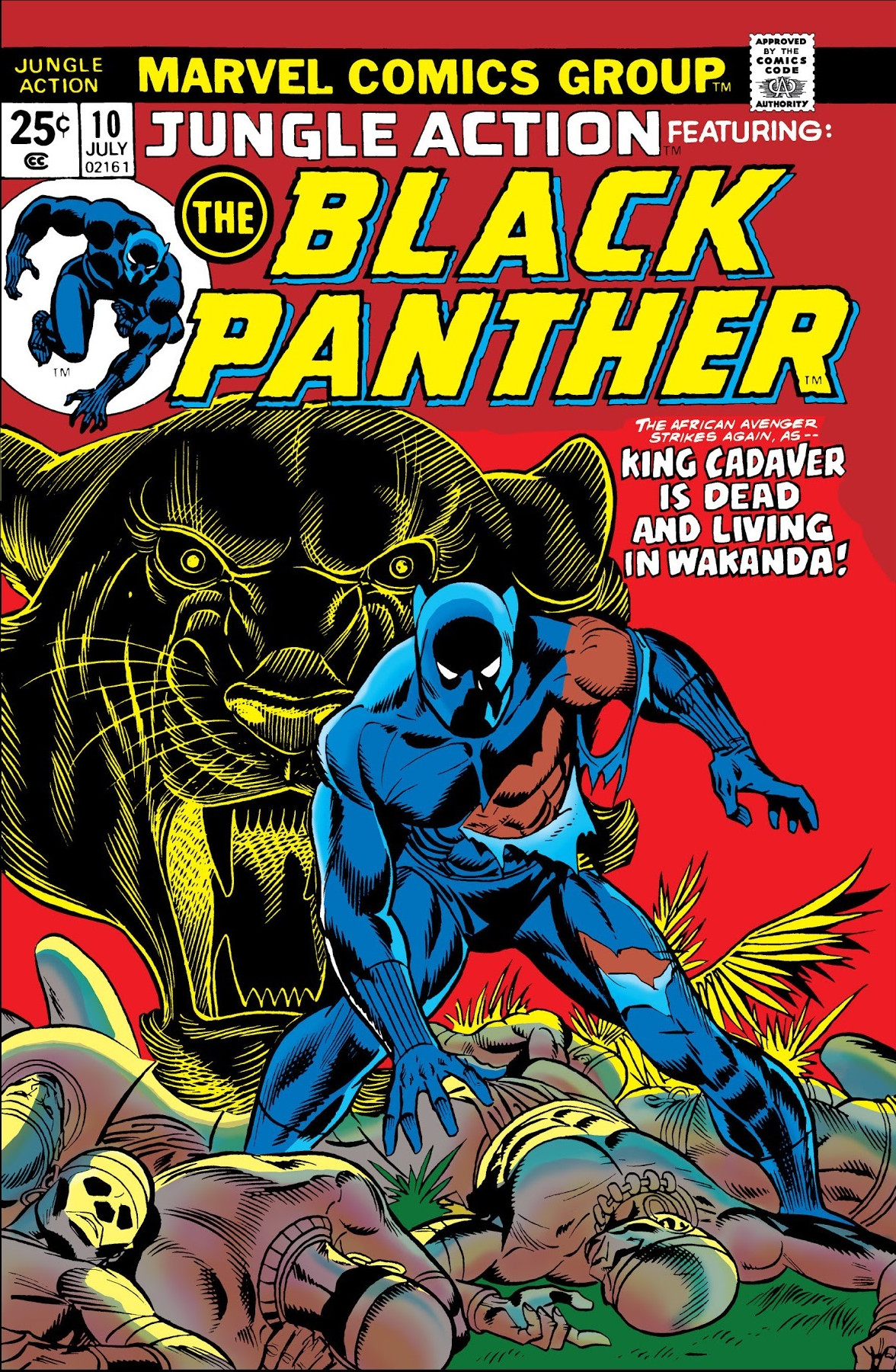 A man goes to brood where it is most isolated,...

Appearing in "King Cadaver Is Dead and Living In Wakanda"Edit


Synopsis for "King Cadaver Is Dead and Living In Wakanda"Edit

Returning to the site where he was ambushed by Born Macabre last issue, T'Challa again encounters Macabre and his servants. He finds a secret passageway under Wakandan and also confronts the eerie King Cadaver. After defeating all his opponents, T'Challa discovers that there is an underground legion of enemy forces gathering underneath Wakanda! To Be Continued.

3 pages of one page pin-ups including the first sketch of T'Challa done by co-crator Jack Kirby as the "Coal Tiger".

Retrieved from "https://heykidscomics.fandom.com/wiki/Jungle_Action_Vol_2_10?oldid=1499196"
Community content is available under CC-BY-SA unless otherwise noted.