This page contains a list of all episodes in the television series. If you have found an episode that is not seen on this page, please add it to this list, as well as the appropriate Season's list (if applicable). 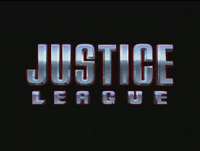 Justice League was a half-hour animated television airing on the Cartoon Network from Novemer of 2001 until May 2004. It is part of the DC Animated Universe. Each episode was a two part episode to suit its storylines, with the exception of Season Premieres and Finales, as well as the single parter of Comfort and Joy.

In July 2004, the series officially ended and was continued as Justice League Unlimited.

Retrieved from "https://heykidscomics.fandom.com/wiki/Justice_League_(TV_Series)?oldid=1514674"
Community content is available under CC-BY-SA unless otherwise noted.