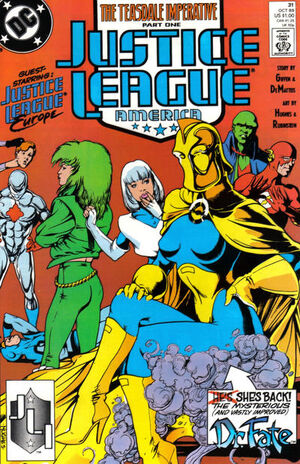 Blue Beetle and Mister Miracle refer to the Secret Sanctuary being used by the Morrison-era Doom Patrol, a team which has few connections to regular DC continuity.

Retrieved from "https://heykidscomics.fandom.com/wiki/Justice_League_America_Vol_1_31?oldid=1667841"
Community content is available under CC-BY-SA unless otherwise noted.