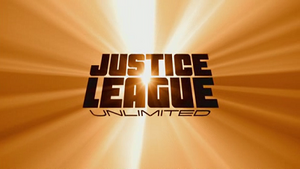 See where it says, "Heroes One and All"? That's what it's all about. The crowd doesn't care who can bench-press a mountain, or shoot lasers out of their ears.

Retrieved from "https://heykidscomics.fandom.com/wiki/Justice_League_Unlimited_(TV_Series)_Episode:_Patriot_Act?oldid=1274035"
Community content is available under CC-BY-SA unless otherwise noted.