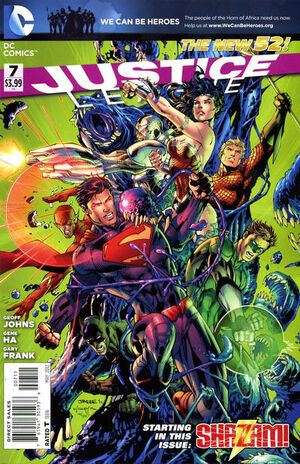 Appearing in "The Villain's Journey: Prologue"Edit

Synopsis for "The Villain's Journey: Prologue"Edit

Doctor Thaddeus Sivana is investigating reports of people across the world being mystically abducted by an old wizard, who calls those he abducts unworthy and sends them back home. Sivana is convinced that these stories prove magic is real.

Seven months later, Billy Batson lies and acts like a good boy so the Vasquezes will become his foster parents.

Retrieved from "https://heykidscomics.fandom.com/wiki/Justice_League_Vol_2_7?oldid=1660245"
Community content is available under CC-BY-SA unless otherwise noted.