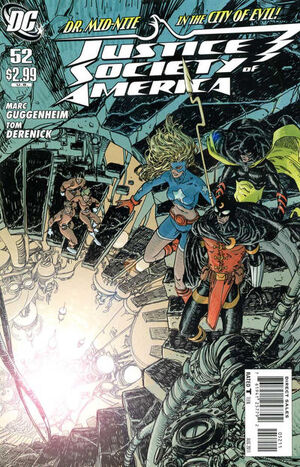 Mr. Terrific continues his downward spiral – but to what end? Can he face the demons that lurk within his incredible mind, ready to snap at his heels as the last threads of his intelligence slip away? And is the shadowy figure from his past the original Mr. Terrific?

Retrieved from "https://heykidscomics.fandom.com/wiki/Justice_Society_of_America_Vol_3_52?oldid=1438848"
Community content is available under CC-BY-SA unless otherwise noted.