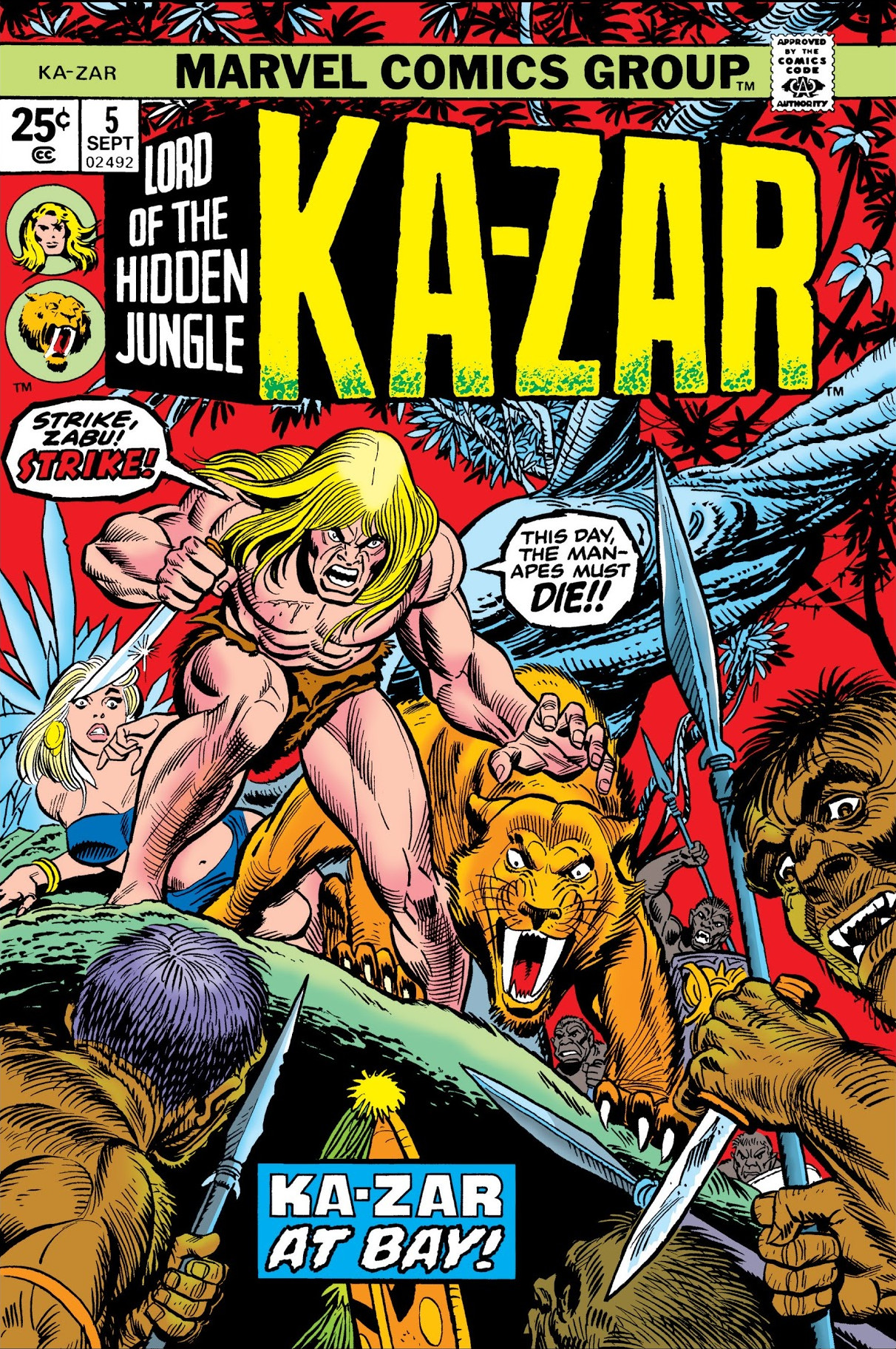 Appearing in "A Man-God Unleashed!"Edit

Synopsis for "A Man-God Unleashed!"Edit

Bobbi angers Man-God into throwing her into the pit with Ka-Zar and the Man-Apes before leaving them to their fate. Back in the Fall People's village, Zabu senses Ka-Zar's need for help and leaves to find him and join in the battle.

El Tigre barely manages to escape the vengeful Fall People and finds Man-God, who abandons the pleading lackey to pursue his goals of world domination alone. El Tigre heads into the mystic mists in attempt to gain the same powers Maa-Gor did, but is instead horrified to find his mind and body degraded to a bestial state, driving him to run off a cliff to his death. Man-God returns to find the corpse and theorizes that the mists are the source of the Savage Land's evolutionary anachronisms. Realizing the power to control evolution will help him conquer the world, he dives back into the mists to find their source, a seemingly alien machine. When he attempts to grab the machine, it splits him into two copies: a cold and logical blue Man-God, and a violent and emotional red Man-God. The red Man-God snaps and kills his blue half, prompting the machine to incapacitate him with a blast of energy. The machine then issues a report, referring to itself as a "reporter", explaining that the organism that touched it had created total disharmony and it acted to restore balance.

With Man-God defeated, the revived Man-Apes vanish. Bobbi and Ka-Zar determine that the crisis has passed and Bobbi can return home. Elsewhere, Maa-Gor emerges from the mists, restored to his original state.

Retrieved from "https://heykidscomics.fandom.com/wiki/Ka-Zar_Vol_2_5?oldid=1439154"
Community content is available under CC-BY-SA unless otherwise noted.