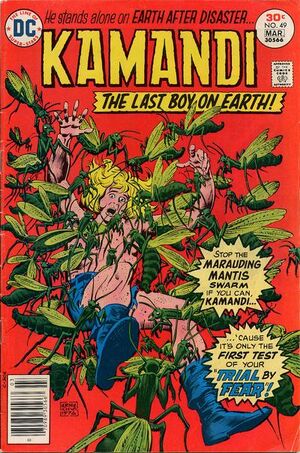 Appearing in "Trial by Fear!"Edit

Synopsis for "Trial by Fear!"Edit

While Pyra works to remove the disease from Kamandi's body, he remembers how his grandfather once sent him out into New York to retrieve the Unicorn Tapestry.

Retrieved from "https://heykidscomics.fandom.com/wiki/Kamandi_Vol_1_49?oldid=1438900"
Community content is available under CC-BY-SA unless otherwise noted.