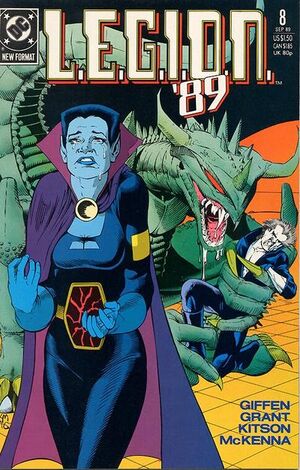 Lobo's ability to make clones of himself was taken away by Vril before his death, and Lobo is furious. It takes the Durlan to subdue him. Lyrissa decides to take over L.E.G.I.O.N. in the aftermath of Vril's death.

Retrieved from "https://heykidscomics.fandom.com/wiki/L.E.G.I.O.N._Vol_1_8?oldid=1664861"
Community content is available under CC-BY-SA unless otherwise noted.