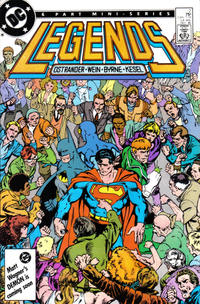 Appearing in "Breach of Faith"Edit

Synopsis for "Breach of Faith"Edit

This article possibly contains original research. Please improve it by verifying the claims made and adding inline citations. Statements consisting only of original research may be removed.

Retrieved from "https://heykidscomics.fandom.com/wiki/Legends_Vol_1_2?oldid=1697783"
Community content is available under CC-BY-SA unless otherwise noted.