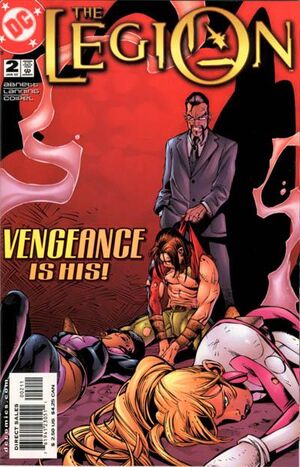 Calculate this, Coluan. I'm gonna take that super-smart head o' yours clean off.

Appearing in "Fight or Flight"Edit

Synopsis for "Fight or Flight"Edit

An Oversight Watch team checks a blast site, where the Legion encountered an explosion. A force field pushes its way out of the rubble, revealing the Legionaires and the two forces begin to fight. The Legion escapes into a huge government facility.

Retrieved from "https://heykidscomics.fandom.com/wiki/Legion_Vol_1_2?oldid=1440453"
Community content is available under CC-BY-SA unless otherwise noted.