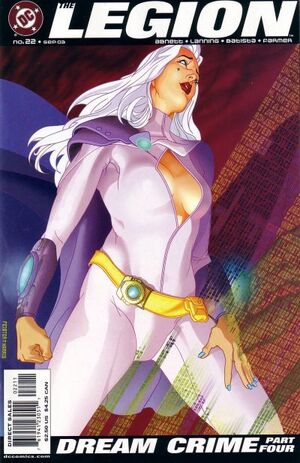 Universo arrives on Legion World and revels in his triumph.

Sensor and Shikari arrive on another world and find Karate Kid and Ferro. They open a portal to Titan and find Universo and the captured Legionnaires. Universo sets the Legionnaires against one another. The mind controlled Legionnaires defeat all but Shikari, who retreats and hides.

Retrieved from "https://heykidscomics.fandom.com/wiki/Legion_Vol_1_22?oldid=1440473"
Community content is available under CC-BY-SA unless otherwise noted.