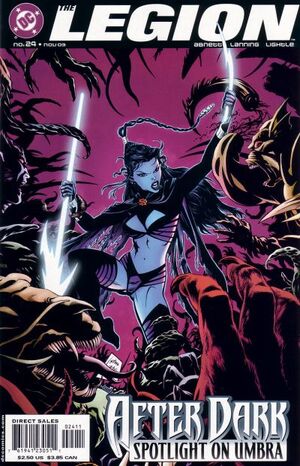 One goal, one purpose, executed with a crushing lack of subtlety.

She arrives just as the United Planet Embassy is leaving after being shut down. Umbra finds out that Talok has a new champion. She challenges the current champion, regains her powers, defeats him and restores peace to her planet.

Retrieved from "https://heykidscomics.fandom.com/wiki/Legion_Vol_1_24?oldid=1440475"
Community content is available under CC-BY-SA unless otherwise noted.