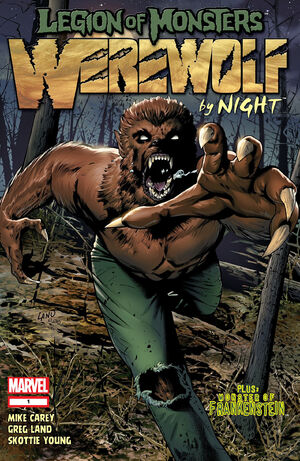 Appearing in "Small-town Girl - A Werewolf by Night Tale"Edit

Synopsis for "Small-town Girl - A Werewolf by Night Tale"Edit

Synopsis for "To Be A Monster"Edit

In 19th century Europe, a group of priests discusses the actions of one of their own. A former priest named McCauley has discovered the journals of Doctor Victor Frankenstein and has been using the notes to create monsters of his own. The priests consult with another parish priest, who has been secretly sheltering the true Frankenstein Monster. They cajole him into asking the monster to kill McCauley and put an end to his perverse experiments. The Monster tracks McCauley down and fights through a horde of patchwork monsters. He kills McCauley then returns to his shelter where he kills the priest who had been looking after him.