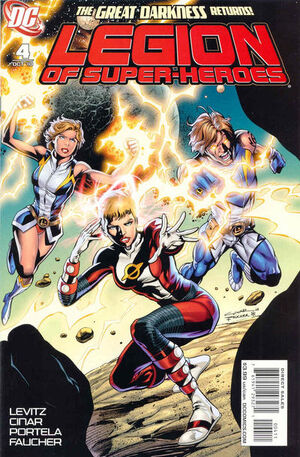 I'm counting to three, and if my brother doesn't find his songs and get them out of here -- I'm going to forget the rule that Legionnaires don't kill.

Appearing in "That Which is Purest Among You"Edit

Synopsis for "That Which is Purest Among You"Edit

Retrieved from "https://heykidscomics.fandom.com/wiki/Legion_of_Super-Heroes_Vol_6_4?oldid=1440389"
Community content is available under CC-BY-SA unless otherwise noted.