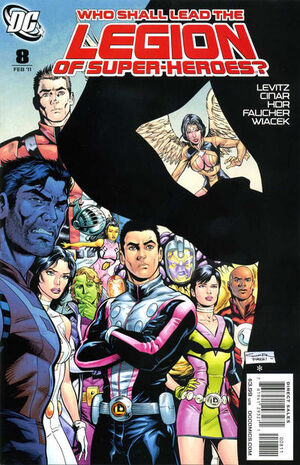 That's "human!" The species that covered a galaxy -- and didn't blow ourselves up. And this human can match your tricks -- glow for glow. And blow for blow!

Appearing in "The Shape of Death"Edit

Synopsis for "The Shape of Death"Edit

Retrieved from "https://heykidscomics.fandom.com/wiki/Legion_of_Super-Heroes_Vol_6_8?oldid=1440398"
Community content is available under CC-BY-SA unless otherwise noted.