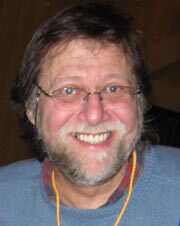 His first wife was Glynis Oliver, a comics colorist who spent years on the X-Men titles. His second wife is M.C. Valada, a photographer and entertainment attorney.

Wein's first superhero work for Marvel was a one-off story in Daredevil #71 (Dec. 1970) co-written with staff writer/editor Roy Thomas. In the early 1970s, Len began writing regularly for Marvel Comics. He succeeded Roy Thomas as editor-in-chief of the color-comics line in 1974, staying a little over a year before handing the reins to Wolfman. Remaining at Marvel as a writer, Wein had lengthy runs on Marvel Team-Up, The Amazing Spider-Man, The Incredible Hulk, Thor and Fantastic Four. In 1975, he and artist Dave Cockrum revived the Stan Lee / Jack Kirby mutant-superhero team the X-Men after a half-decade's hiatus, reformatting the membership. Among the characters the duo created were Nightcrawler, Storm, Colossus, and Thunderbird; Wein had additionally created Wolverine earlier, with artists John Romita Sr. and Herb Trimpe, in The Incredible Hulk. Wein plotted the next two X-Men stories with artist Cockrum. These issues were then scripted by Chris Claremont, who subsequently developed the series into what became, with Spider-Man, one of Marvel's leading franchises.

Following his stint at DC, Wein began writing and story editing for such animated television series as X-Men, Batman, Spider-Man, Reboot and War Planets: Shadow Raiders. He was editor-in-chief at Disney Comics in the early 1990s. In 2001, he and Wolfman wrote the screenplay "Gene Pool" for the production company Helkon, and later adapted it for a one-shot comic book for IDW Publishing. In September 2004, Wein completed a script for a Swamp Thing feature for Silver Pictures at Warner Bros. In 2005 and 2006, Wein appeared frequently as a panelist on the Los Angeles theatre version of the TV game show What's My Line, and in 2006, collaborated with writer Kurt Busiek and artist Kelley Jones on the four-issue miniseries Conan: The Book of Thoth for Dark Horse Comics. He has also written comic-book stories for Bongo Comics' TV-series tie-in The Simpsons. Wein is also set to write a story for Moonstone Books' short story collection featuring The Phantom.

Wein won the Shazam Award for Best Writer (Dramatic) in 1972, for Swamp Thing, and another that year for Best Individual Story (Dramatic), for "Dark Genesis" in Swamp Thing #1 (with Berni Wrightson). He was nominated in the same categories the following year. He also won the 1982 Comics Buyers Guide Award as Best Editor. Wein was nominated in 1999 for the Bram Stoker Award, given by the Horror Writers of America, for the one-shot The Dreaming