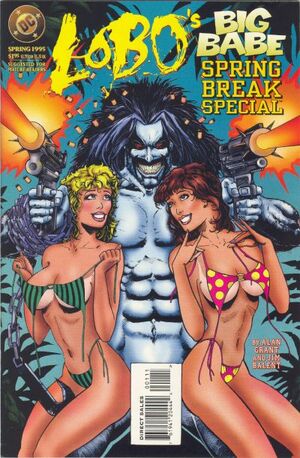 Lobo is hired by TV Smith to bodyguard all the Miss Voluptua contestants, a number of gorgeous models, from several of people who want to destroy the contest for different reasons.

Retrieved from "https://heykidscomics.fandom.com/wiki/Lobo%27s_Big_Babe_Spring_Break_Special_Vol_1_1?oldid=1685138"
Community content is available under CC-BY-SA unless otherwise noted.