Lockjaw and the Pet Avengers Vol 1 1 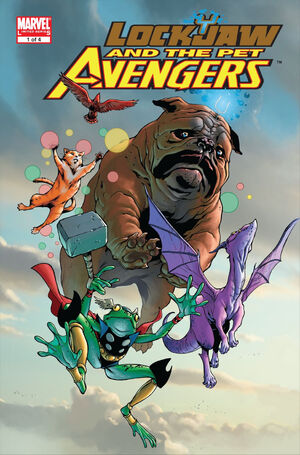 Reed Richards is looking for the Infinity Gems so that they do not fall into the wrong hands. Instead they fall into the mouth of Lockjaw, who decides that he will form his own team of heroes to find the lost gems. Joining him are Throg, Lockheed, Redwing, Hairball, and Ms. Lion. Looking for a second gem leads them to the Savage Land, and a T-Rex.