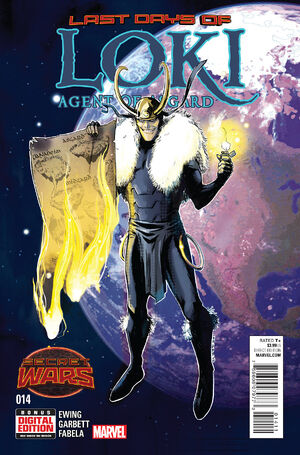 Appearing in "Born One Morning and the Sun Didn't Shine"Edit

THE LAST DAYS OF LOKI!

• ...including King Loki - meaner, madder and more dangerous than ever before!

• Meanwhile - what’s happened to our Loki? Has the end come early for everyone’s favorite trickster?

Retrieved from "https://heykidscomics.fandom.com/wiki/Loki:_Agent_of_Asgard_Vol_1_14?oldid=1646543"
Community content is available under CC-BY-SA unless otherwise noted.