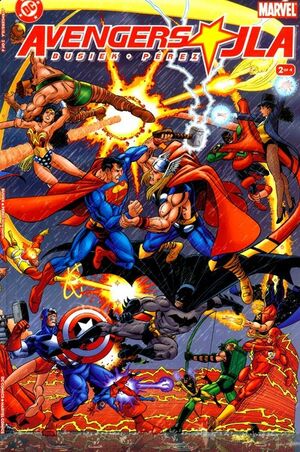 You're on my earth now. And you're already starting to slow down. So let me just say...it's nothing personal. Oh, no. Not at all. Hah! I'm faster! Faster! Speed Force be damned!

Appearing in "A Contest of Champions!"Edit

Synopsis for "A Contest of Champions!"Edit

Retrieved from "https://heykidscomics.fandom.com/wiki/MDP:JLA/Avengers_Vol_1_2?oldid=1656229"
Community content is available under CC-BY-SA unless otherwise noted.