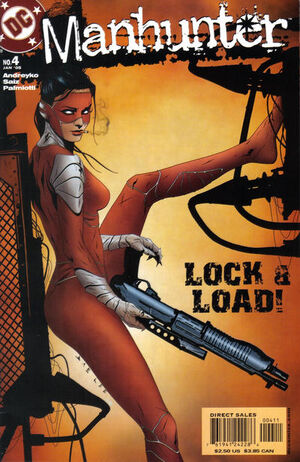 Needing a "tech-guy" for her new gig, Manhunter looks up former tech-guy to the villains, Dylan Battles. Dylan is in witness protection and against the idea until his wife walks out on him. Back at work, Kate learns that hero Firestorm has been killed by the Shadow-Thief.

Retrieved from "https://heykidscomics.fandom.com/wiki/Manhunter_Vol_3_4?oldid=1443547"
Community content is available under CC-BY-SA unless otherwise noted.