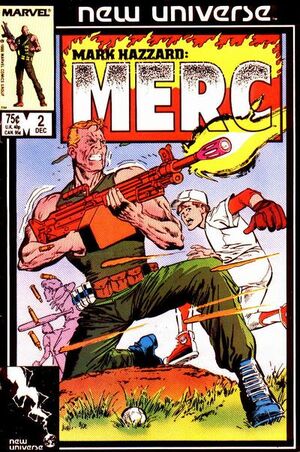 Hey is it too much to want to act like a normal father once in a while?

Against his own better judgment, Marc Hazard decides to attend his son's Little League game in Queens. Unfortunately, three hired killers are in the crowd, and they don't intend to let the lives of innocents stand between them and Merc!

Retrieved from "https://heykidscomics.fandom.com/wiki/Mark_Hazzard_Merc_Vol_1_2?oldid=1441470"
Community content is available under CC-BY-SA unless otherwise noted.