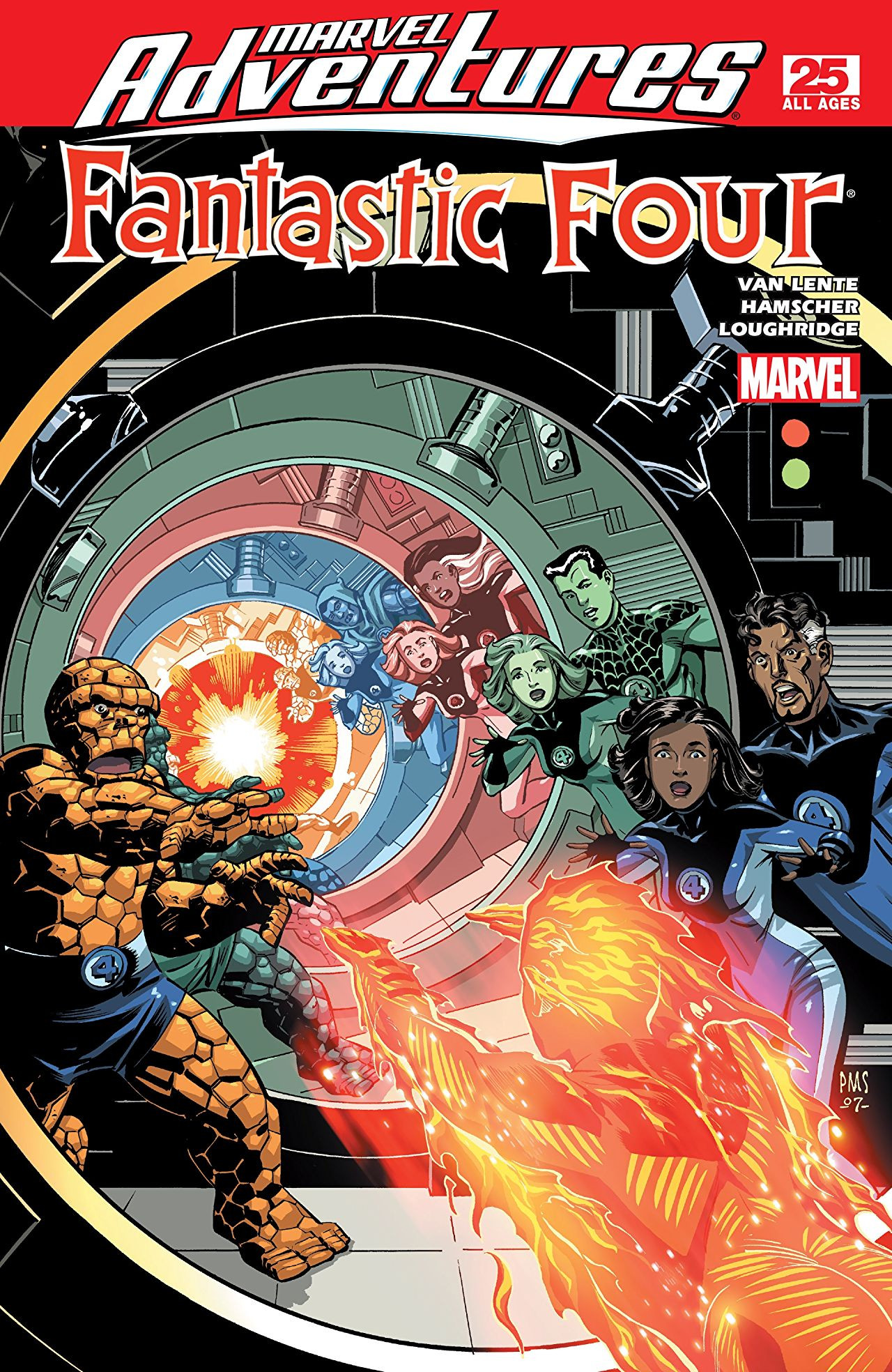 The Human Torch falls into a probability rift and finds himself flung across innumerable alternate realities, including: a world where a heroic Victor Von Doom, a.k.a. Doc Iron, battles against Mr. Devious, Monsterman, The Human Pyre, and The Unstoppable Woman ... a.k.a. The Frightful Four, a world where the Femmetastic Four defends a world completely depopulated of men (then Johnny shows up) and a world where Johnny's arch-nemesis runs the FF ... That's right, SPIDER-MAN! Can The Watcher help Torch get back to his timeline, or will he wander forever through "The Worlds of What If?"

And a warm welcome to new cover artist PAUL SMITH!

Retrieved from "https://heykidscomics.fandom.com/wiki/Marvel_Adventures:_Fantastic_Four_Vol_1_25?oldid=1441546"
Community content is available under CC-BY-SA unless otherwise noted.