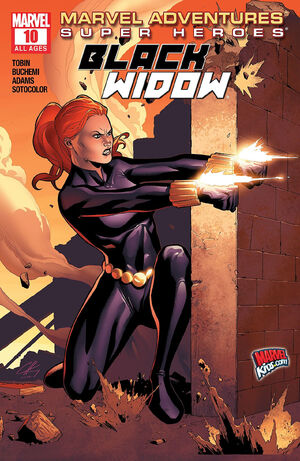 Reed Richards's secret plan is revealed at last, and a full scale Avengers assault on the Baxter Building is the result! But for which team will Susan Storm fight? And why are there TWO Black Widows?

Retrieved from "https://heykidscomics.fandom.com/wiki/Marvel_Adventures:_Super_Heroes_Vol_2_10?oldid=1441629"
Community content is available under CC-BY-SA unless otherwise noted.