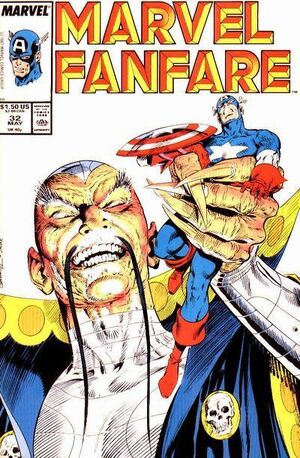 Appearing in "Is This the Way the World Ends?"Edit

The Yellow Claw's plot of revenge and world domination reaches its final stages! How can Captain America stop Yellow Claw and his high-tech army?

Retrieved from "https://heykidscomics.fandom.com/wiki/Marvel_Fanfare_Vol_1_32?oldid=1775292"
Community content is available under CC-BY-SA unless otherwise noted.