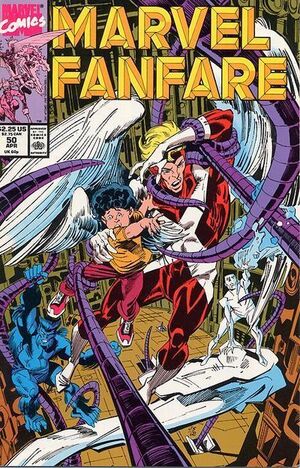 Appearing in "If I Had the Wings of an Angel..."Edit

A mother's desire to protect her mutant child could spell death for Angel and X-Factor at the hands of Arcade!

Retrieved from "https://heykidscomics.fandom.com/wiki/Marvel_Fanfare_Vol_1_50?oldid=1644092"
Community content is available under CC-BY-SA unless otherwise noted.