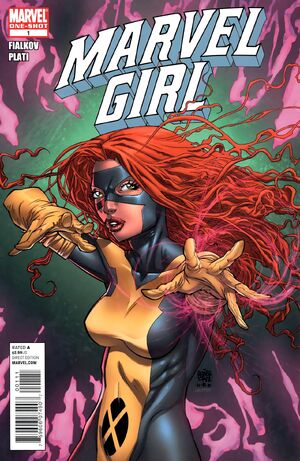 Appearing in "From The Ashes"Edit

When Jean Grey's best friend was tragically killed in a car accident, her strange psychic powers appeared. Only with the aid of PROFESSOR CHARLES XAVIER was she able to control her mutant abilities. Now, alongside four other gifted youngsters, she must learn to master her powers...before they destroy her!

Retrieved from "https://heykidscomics.fandom.com/wiki/Marvel_Girl_Vol_1_1?oldid=1488973"
Community content is available under CC-BY-SA unless otherwise noted.