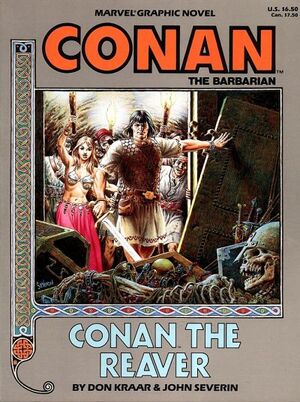 Appearing in "Conan the Reaver"Edit

The promise of treasure lures Conan to Turan. but the path to that treasure might just cost the barbarian his life! Can Conan overcome a terrifying monster and the horde of assassins known only as the Red Mist?

Retrieved from "https://heykidscomics.fandom.com/wiki/Marvel_Graphic_Novel_Vol_1_28?oldid=1442197"
Community content is available under CC-BY-SA unless otherwise noted.