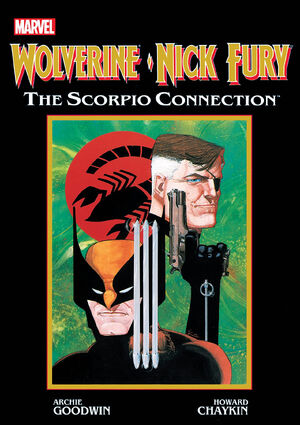 Appearing in "The Scorpio Connection"Edit

Wolverine and Nick Fury become uneasy allies in an international manhunt to find and stop the new Scorpio! What is the secret relationship between Fury and the new Scorpio? All we dare say here is that Nick wants to bring Scorpio in alive...and Wolverine wants him dead!

Retrieved from "https://heykidscomics.fandom.com/wiki/Marvel_Graphic_Novel_Vol_1_50?oldid=1442220"
Community content is available under CC-BY-SA unless otherwise noted.