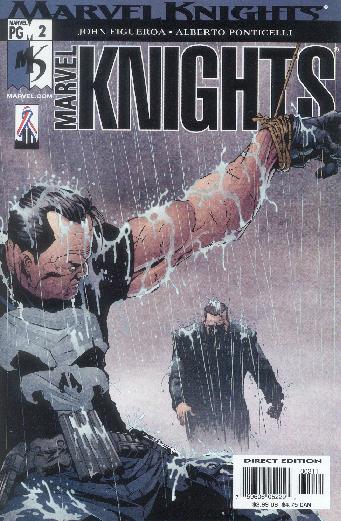 Appearing in "The Taking of New York City - One, Two, Three"Edit

The Brothers Grace — multi-billionaire European businessmen who happen to be addicted to plastic surgery — are moving into the vacuum left by the Kingpin’s absence.

Retrieved from "https://heykidscomics.fandom.com/wiki/Marvel_Knights_Vol_2_2?oldid=1548463"
Community content is available under CC-BY-SA unless otherwise noted.