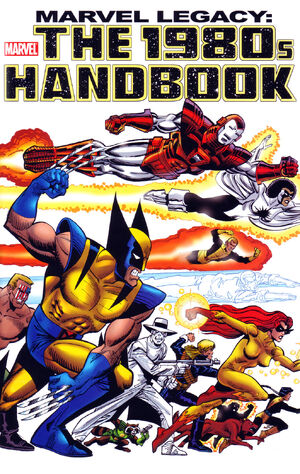 Appearing in "The 1980s Handbook"Edit

Synopsis for "The 1980s Handbook"Edit

Details several major characters of the 80s as if written on December 31, 1989. Also features updates to characters who have appeared since.

Retrieved from "https://heykidscomics.fandom.com/wiki/Marvel_Legacy:_The_1980%27s_Handbook_Vol_1_1?oldid=1442393"
Community content is available under CC-BY-SA unless otherwise noted.