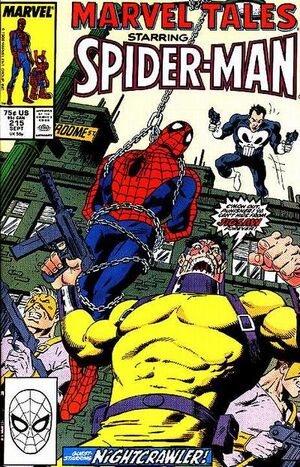 Synopsis for "Down the Drain"Edit

Peter Porker, the Spectacular Spider-Ham, and the Punfisher narrowly escape from Doctor Octopussycat's whirlpool trap by plugging the drain with a nearby toilet plunger. Then, to save time, Spider-Ham skims an issue of Marvel Tales Vol 2 215 to find out on the third page of his story that Doctor Octopussycat is at the city water treatment plant with the plumber hostages.

Retrieved from "https://heykidscomics.fandom.com/wiki/Marvel_Tales_Vol_2_215?oldid=1443136"
Community content is available under CC-BY-SA unless otherwise noted.