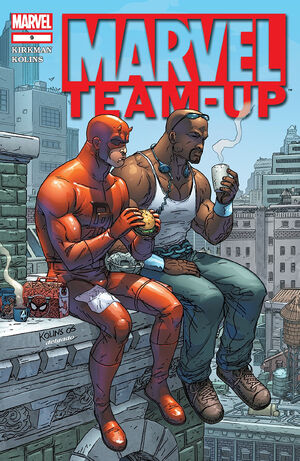 Appearing in "Master of the Ring (Part 3)"Edit

The Ringmaster's reality-altering ring is put to the test as Daredevil and Luke Cage join the epic battle. Will unbreakable skin and enhanced senses be enough to take down the newly superpowered Ringmaster? What exactly happened to Spider-Man and Moon Knight? All these answers and more! What more? How about an update on Titannus' plot to take over Japan!