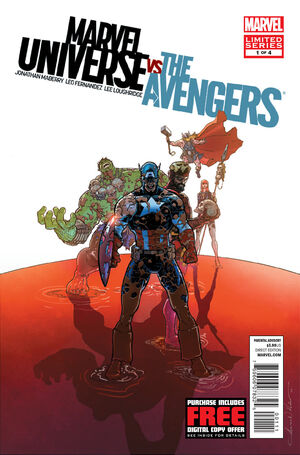 Hawkeye, having recently returned from a S.H.I.E.L.D. mission, is searching an abandoned building covered in dead bodies. Eventually, he finds Mockingbird and puts an arrow through her chest. After leaving the building, he checks in with Nick Fury, who informs him that four thousand people have now succumbed to a virus that turns people into mindless cannibals, as was the case with Mockingbird. To make matters worse, Hawkeye is told that everyone is infected but they just haven't turned yet. New York City has been quarantined, leaving only the Avengers to hold back the cannibals and protect the uninfected, or else Fury will have to bomb the city.

To that end, Captain America rallies what remains of the heroes of New York and leads them into battle. Meanwhile, the world's brightest individuals gathered to find a cure, but to no avail. Hank Pym, one of the scientists working to find a cure, was killed in the process. Hawkeye requests ground troops for reinforcements, but Fury tells him that the virus broke the quarantine, evidenced by Dum Dum Dugan's turning, forcing Fury to kill him. Overehead, Hawkeye can see a ship fly past the Hellicarrier, which Fury claims isn't one of theirs.

Each day, everyone is required to submit to testing, and when someone turns, they are killed. However, the public is told that the infected were being kept in isolation to give them hope. Along the way, Luke Cage turns and devours Squirrel Girl and Jessica Jones, while the Punisher is forced to kill Captain America as he is about to turn.

At Ground Zero, Thor rallies the few remaining Avengers together. It is then that the ship that has been watching them finally lands, and from it emerges Dr. Doom, who claims to have found a cure.

Retrieved from "https://heykidscomics.fandom.com/wiki/Marvel_Universe_Vs._The_Avengers_Vol_1_1?oldid=1445898"
Community content is available under CC-BY-SA unless otherwise noted.