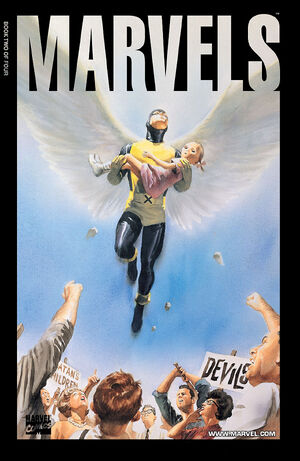 News Photographer Phil Sheldon, takes on the task of reporting a story about New York City’s very own super heroes. A book giving a glimpse at modern day legends! Follow The Avengers from a new perspective, and experience shot-by-shot a tale that may just end up to be more for than the cameraman bargained for.

Retrieved from "https://heykidscomics.fandom.com/wiki/Marvels_Vol_1_2?oldid=1720563"
Community content is available under CC-BY-SA unless otherwise noted.