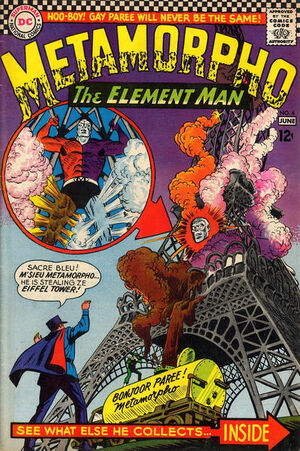 Appearing in "Never Bet Against an Element Man"Edit

Synopsis for "Never Bet Against an Element Man"Edit

Simon Stagg loses the services of Metamorpho to casino owner Achille LeHeele, who uses the Element Man to destroy seven famous landmarks throughout the world in search of a piece of evidence that could send him to prison.

Retrieved from "https://heykidscomics.fandom.com/wiki/Metamorpho_Vol_1_6?oldid=1498234"
Community content is available under CC-BY-SA unless otherwise noted.