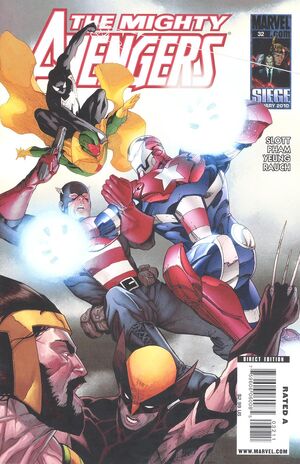 "The Coming Darkness..." The throwdown you've been waiting for-- and that Loki, God of Mischief-- has been scheming towards: THE MIGHTY AVENGERS versus THE DARK AVENGERS! Hank Pym's team has tried their best to be a shining light in the world of Dark Reign but this might be the time that light gets snuffed out! Special appearance by the MIGHTY THOR!