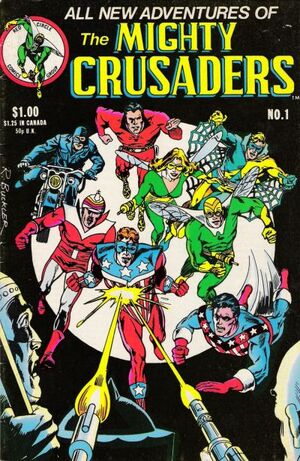 Now you'll have to take on The Mighty Crusaders first!

Appearing in "Chapter One: Atlantis Rising"Edit

Synopsis for "Chapter One: Atlantis Rising"Edit

The Mighty Crusaders have joined forces once again, but so has their arch-foes Brain Emperor and Eterno the Tyrant.

Retrieved from "https://heykidscomics.fandom.com/wiki/Mighty_Crusaders_Vol_2_1?oldid=1471201"
Community content is available under CC-BY-SA unless otherwise noted.