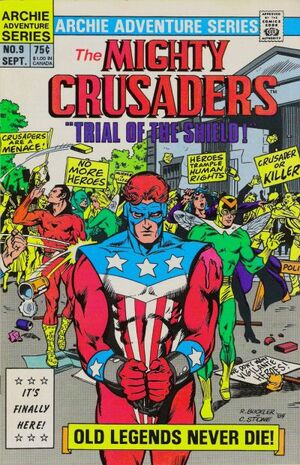 They're not only attacking a man... they're attacking America!

The Shield is arrested for murder and his fellow Crusader, Thomas Troy, defends him during his trial.

Retrieved from "https://heykidscomics.fandom.com/wiki/Mighty_Crusaders_Vol_2_9?oldid=1471209"
Community content is available under CC-BY-SA unless otherwise noted.