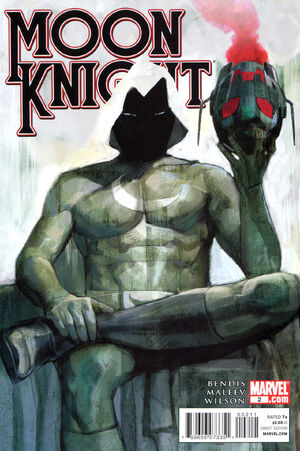 Moon Knight’s startling true nature as a one-man Avengers team stands revealed! Now, in the guises and identities of Spider-Man, Wolverine and Captain America, Marc Spector wages war against organized crime in Los Angeles. But who is the Kingpin of crime in L.A. and how does Moon Knight plan to bring him down?

Retrieved from "https://heykidscomics.fandom.com/wiki/Moon_Knight_Vol_4_2?oldid=1650607"
Community content is available under CC-BY-SA unless otherwise noted.