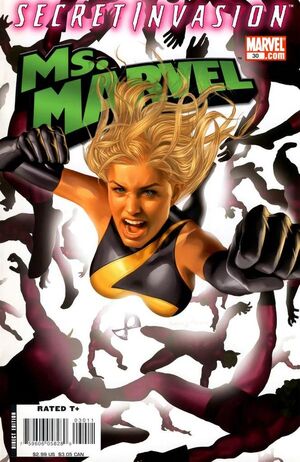 Dial-a-power, huh? So you're a bigger badder version of what's all over the city?

Appearing in "The Battle of Manhattan: Conclusion"Edit

Synopsis for "The Battle of Manhattan: Conclusion"Edit

In Hong Kong, six months later, Carol, in the alias of Catherine Donovan, meets Ghazi and threatens to kill him.

Retrieved from "https://heykidscomics.fandom.com/wiki/Ms._Marvel_Vol_2_30?oldid=1447183"
Community content is available under CC-BY-SA unless otherwise noted.