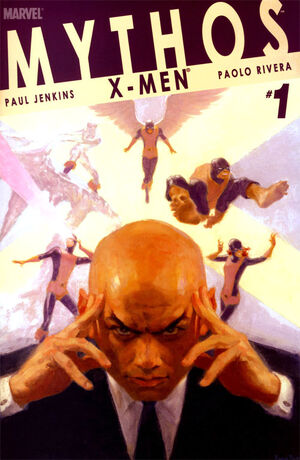 Somewhere, Magneto attacks a group of men who he accuses of murdering a young mutant girl. He kills them by tearing out all the iron in their blood.

Later, Professor Charles Xavier summons his students, Scott Summers, Warren Worthington, Bobby Drake, Hank McCoy, and Jean Grey to his office. He sends them to the Danger Room, where they train and hone their combat skills. A news report then comes on, reporting that a military base is being attacked by Magneto. Seeing that his former friend needs to be stopped, Xavier accompanies his X-Men to aid the base's soldiers against Magneto.

Upon arriving, the X-Men help the soldiers with Magneto's attacks, despite discriminatory behaviors towards them. Meanwhile, Magneto searches the base's file cabinets for something.

Later, Xavier confronts Magneto, who reveals that the base was a testing site for captured mutants. Xavier attempts to argue against Magneto's assumptions, though the latter supports his claims with files he found. He explains that despite the fact that the Mutant Registration Act failed to pass, authorized experimentation had been conducted for three years. Magneto ends his speech by comparing the United States' treatment of mutants to Nazi Germany.

The X-Men soon overcomes Magneto's attacks and corner him, only for the Master of Magnetism to fly off. Xavier is clearly disheartened by Magneto's argument and simply orders the X-Men to return to his mansion, as there are no survivors at the base.

Retrieved from "https://heykidscomics.fandom.com/wiki/Mythos_Vol_1_1?oldid=1447528"
Community content is available under CC-BY-SA unless otherwise noted.