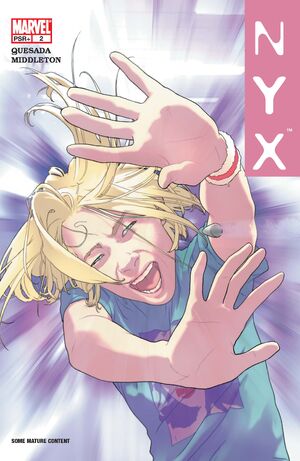 What is wrong with you people? Can't this family be normal for just ten seconds?

At Kiden Nixon’s house, their mom has found her older brother, Ty’s, drugs. Mrs. Nixon flushes the small packet of white powder down the toiler much to the dismay of her oldest son. A fight breaks out between mom, Ty, and the twin boys down the hall by the bathroom. Kiden angrily leaves for school. Things don’t go any better for her at school. As soon as she arrives, Ms. Palmer pulls her into the principals’ office. While she is there, Hector arrives at school and sneaks past the security officer, operating the metal detector, a twenty dollar bill to ignore a sealed brown bag he has carefully hidden underneath his coat. Despite Ms. Palmer’s urging, Kiden does not tell the principal anything about the incident of the day beforeShe is eventually dismissed and goes into the hall of the school with the intention of getting outside to smoke. Kara catches up to her and wants to know what happened as well. Kiden has no explanation for either herself or her best friend. Kiden sees Hector approaching and does her best to avoid him in the crowded hall of teenagers. Eventually they meet and Hector says he has a surprise for her. He pulls the gun. Ms. Palmer sees Kiden talking to Hector and decides to get her attention for a more personal conversation. Hector pulls the trigger. When Kiden opens her eyes the bullet is stopped in mid air just inches from her forehead. Kiden soon discovers that the kids in front of her and behind are frozen in place.. She skips joyously over to where Hector is holding the gun. As she is making a threat to Hector reality comes crashing down once again with a deafening sound from the gun. She turns to see Kara holding their teachers’ body and blood running from the teacher onto the school hallway floor. Flash-forward to 6 months later, Principal Weisman is visiting Cameron Palmer at home. He is doing his best to get her to return to work but she refuses. He tells her that no one has heard from Kiden since the shooting. A few hours later on the same day Cameron Palmer has another visitor. Kiden who finds her former teacher has tried to commit suicide.

Retrieved from "https://heykidscomics.fandom.com/wiki/NYX_Vol_1_2?oldid=1448960"
Community content is available under CC-BY-SA unless otherwise noted.