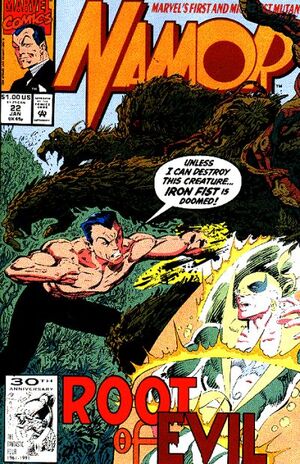 Great Neptune's Trident! Despite his great size, the man is agile as a dolphin pup!

Appearing in "Root of Evil"Edit

Synopsis for "Root of Evil"Edit

Retrieved from "https://heykidscomics.fandom.com/wiki/Namor_the_Sub-Mariner_Vol_1_22?oldid=1517846"
Community content is available under CC-BY-SA unless otherwise noted.