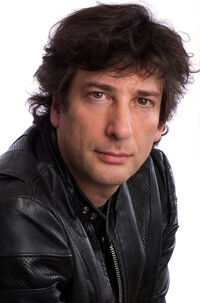 Neil Gaiman is a prolific writer. He is widely known for his work on the popular Sandman series under the Vertigo imprint for DC. He is also an award-winning writer, whose works include the novels "American Gods", "Anansi Boys", and "The Graveyard Book" among others, including ones illustrated by Dave McKean and Charles Vess. He has had two movies based on his novels: "Stardust" and "Coraline". He also wrote the screenplays for "MirrorMask", "Beowulf", and the BBC Mini-Series "Neverwhere" which he then adapted into a book.

Neil Gaiman's first mainstream work for DC Comics was the prestige format Black Orchid limited series. Gaiman is more famous however for the creation of the Sandman and the mythos of the Dreaming.